Survival games are one of the most fascinating gaming genres in the world. And this is because they allow you to play the game as long as you want. It means you’ve to survive from the dangerous zombie apocalypse. And sometimes even worse situations than that. So if you’re a fan of this gaming genre. Then we’ve curated this list of 12 Best Survival Games for Android. That definitely matches your vibe.

As you guys already know, survival games also come in different types as well. Like in many games you’ve to survive from a dark forest that’s possessed by ghosts. Or maybe you’re trapped in another dimension, where dinosaurs still exist. So possibilities are endless in this gaming genre.

So without taking too much time. Let’s dive into the list of 12 best survival games for android and even iOS. 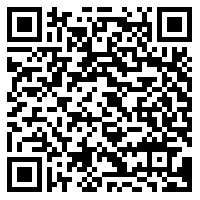 In simple words, Don’t Starve is a game, where you’ve to survive from giant monsters. But this isn’t the whole story of this game. Because here you’ve to collect resources. That helps you to feed yourself. Even exploit the environment to find new and essential things. That will help you to defeat those giant monsters.

Even you can do whatever you want. Like, explore new places with new difficulties and problems. Also, collect things to make weapons and home. Although the game has a lot of things to offer. But still, you’ve to take care of your health as well.

Because while exploring things in the vast world of Don’t Starve. Your character also gets fatigued and feel hungry as well. So in that case you can’t only explore things easily. And you’ve to manage food that keeps you feel energetic. Furthermore, there are a lot of NPCs (Non-playable characters) are available. That helps you to beat this game. Even there are a lot of things available. In this one of the best survival games for android and iOS. 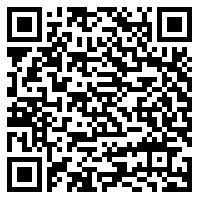 Jurassic World is one of my favorite movies. And finally, we have a pure survival game on this movie. So in Jurassic World, you’ve to build your shelter amongst dangerous dinosaurs. And even conquer them with your strategies and weapons. The gameplay of Jurassic Island is amazing.

And even the graphics are adorable of this game. Furthermore, you can pet them like dogs and cats. And even use those dinosaurs in your battles to capture more area. Moreover, the controls are pretty easy that helps you to beat this game quickly.

So get ready yourself to collect items that you’ll need to build your shelter. Also, don’t forget to hunt down small wild animals. Because they’re the only thing that’ll feed you in this whole survival journey. So don’t forget to check out. This one of the best survival games for android and iOS.

One of my favorite survival game on this list. Into the Dead 2 is no doubt a masterpiece. That allows you to kill as many zombies as possible. You can upgrade your weapons. And even unlock new weapons to improve your arsenal. The graphics are well polished by the developers.

And controls are also pretty simple. Because here you just have to tilt your smartphone to move the character. Furthermore, you can have a dog companion as well. That saves you from the sudden zombie attacks. And even kill zombies that comes into your way.

The story is amazing, even I feel very connected with this game while playing. Because here you were attacked by zombies when you were out for the supplies. And now you’ve to get back to your safe zone, where your wife and daughter had been stuck. Even more than five different scenarios are available in its story. That’ll definitely make you happy.

This War of Mine (PAID)

The game is based on a city that is a warzone. And you’re one of the survivors who somehow managed to save your life from war. But still, there are snipers and scavengers outside waiting for people to kill. So the whole game based on your decisions, where you’ve to play in different characters. And collect medicines, food, and other consumable items.

The graphics and controls are awesome in the War of Mine. But you’ll definitely feel connected with this one of the best survival games for android. Because the story is heart touching, where you’ve to tell people good and bad news. Even the interaction between people looks very realistic.

In This War of Mine, you can’t go outside in the afternoon. So always you’ve to wait for the night to go outside. And collect items with one of your friends or co-survivors. Although the game is paid. But still, I’d highly recommend you guys to play this game once in your life.

Survival on raft: Crafting in the Ocean

The app was not found in the store. 🙁
Go to store Google websearch

Imagine, your flight suddenly got crashed. And you’re the only survivor who managed to survive that crash. So now, you’re alone and lost in the vast ocean where everything is blue. And your only task is to keep yourself alive in a difficult situation. Even you’ve to build a shelter from the remaining items of the airplane.

I know this sounds creepy and horrifying. But in this game, you’re stuck in the same situation. And the only thing that’ll help you is your brain. So use your brain at its highest level to figure out what and what won’t help you to stay alive. Also, you can swim in the ocean to find items.

But be aware, because sharks are always there to hunt you down in seconds. But you can also kill sharks with the tactics and weapons you craft. So if you want to become a sailor. Then Survival on Raft is one of the best survival game for you. Radiation Island is a game, where you’re one of the scientist who is working on an experiment. But somehow the experiment gets failed and all the scientists. And nearby people turned into zombies and creatures with different powers. But like any other survival game.

You’re the lucky one who didn’t get infected by the virus. And now you’ve to survive in that island, where everybody is a zombie. And wants to kill you as soon as possible. So now create your shelter in woods to protect yourself. And collect items to craft various types of weapons.

Even hunt down wild animals to feed yourself. Also, find out or reach out the scientific area from where the virus is still spreading. Moreover, the game has a pretty big map where you can glide. And swim to reach new islands as well. So don’t forget to check out. This one of the best survival games for android and iOS. So here’s another zombie apocalyptic world, where you’ve to survive. And also fight with different types of zombies who are thirsty for your blood. The graphics are adorable in this game. Also, if you’ve ever played ultimate spiderman on PC. Then you must have known this type of graphics already.

The controls are also pretty easy. And the gameplay is very fast. Because you’ve to kill zombies as quickly as possible to complete your missions. Even collect items to upgrade your character. And even upgrade your weapons to kill dangerous zombies easily.

Moreover in Dark Days, you can customize your character to look cooler. Then any other zombie game on this list. Also, you can hide and do stealth attacks on zombies that look very good. And craft various types of weapons to never run out of choices. Tegra is not fully launched yet on the Play Store. But an early access version of this survival game is available. And in this game, you’ve to build and craft home. That’ll help you to hideout from zombie horde in your area. Also, the game has a very vast map to explore.

It means like radiation island, you can explore a whole world with different problems. Furthermore, you can find and upgrade different types of guns. That’ll help you to face bigger and tougher zombies. Moreover, the graphics also admirable in this game.

Even the controls are also very easy to use. Furthermore, you can upgrade your guns. And purchase more from the shop. Also, a lot of different types of zombies are available. From giants to the dwarf, you’ll be going to see a vast variety of zombies in Tegra. So all this stuff made this game. One of the best survival games for android and iOS. 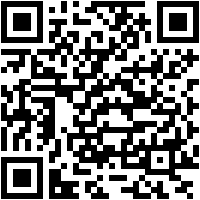 After the Chernobyl accident, the Soviet government inducted an experiment. But like any other survival game. That experiment somehow gets failed. And now your task is to find the reason behind that disaster. Also, the game’s theme is pretty dark. That constantly scares you without any reason.

The story is remarkable in this game. And you can feel it’s gameplay as well. Also, you can find new guns in the missions. Even the developers of this game suggest its users play it with headphones. So don’t forget to check out this horrifying survival game. 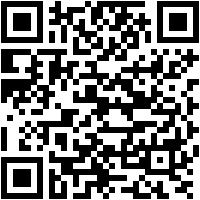 Dead Zed is a game, where you’re trapped in a rooftop. With amazing and dangerous guns. And now zombies are coming to kill you. But you’ve to kill them from the roof with good shooting skills. Before they reach you out and eat you like a Tandoori chicken.

So lock and load your guns and get ready to shoot as many zombies as possible. Also, the game have stunning graphics and easy controls. Even swap into different guns easily, when one gun gets out of ammo.

Moreover, the game have different locations that make you play this game again and again. Also, you can complete different types of missions to unlock things a little quicker than ever. Even I’ve played this game a lot in my spare time. That’s why it’s one of the best zombie survival games for android and iOS.

One of the best survival games for android is here. Crashland is a game where you’re free to do anything you want. You can craft, curate, and build things to beat this game. Also, a very vast map is waiting for you to get explored. Even 480 plus recipes are available in this game.

It means you can curate things like anything. Also, kill enemies from intergalactic world that feels sick. Furthermore, you can upgrade your character to perform unique combats while fighting.

And the best part of the crashland is, that you can play it on different devices. Like, Android and computer. Because all the data of your game is saved on the cloud. It means you’ll never going to lose your data. And even play it whenever and wherever you want.

Finally, we’ve reached the bottom of our list of best survival games for android and iOS. In Grim Soul, you’ve to build your own shelter by collecting items from the open world. Also, collect items to curate different types of weapons to face your enemies.

You can have a wolf companion with you that fights and supports you. Even you can build your army of people that helps you. Moreover, you can fully customize your character. And even both gender’s characters are available in this game. That helps you to create a character that matches your personality.

A lot of different types of creatures with different powers are waiting for you to kill. Also, roam all over the map to talk with NPCs and make connections in different regions. The game offers different types of costumes as well. That you can unlock by completing missions. And achieve newer height in the game.