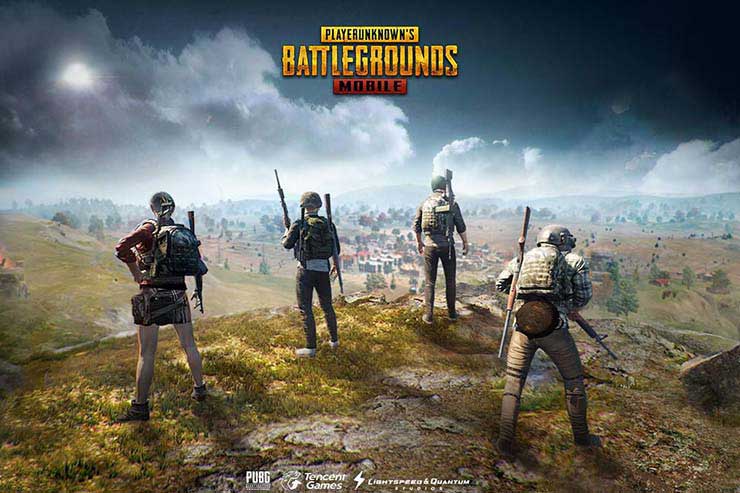 Best Pubg Players In the World with God Level Skills

Pubg is a game that is totally based on an online platform. There is no option to play offline. You can play with your friends and even talk to them in real-time. In this game, you’ve to play in a four members squad. So that’s why we’ve curated this list of best Pubg Players in the World with God Level Skills.

PlayerUnknown’s Battleground is the game that changes the thinking of our world about online games. Because before Pubg no-one thought that online games could achieve that much high level of popularity.

This game is a subsidiary of a South Korean company named Bluehole. This game is inspired by a Japnese movie Battle Royale which was released in the year 2000. After taking inspiration this game was launched on 20 December 2017. And this awesome game is available for all the known gaming platforms like Xbox, Playstation 4, Android and iOS.

After the Pubg revolution, so many youngsters are playing this game and even earning thousands of dollars from this online game. Because of the craze every year Bluehole, the parent company of Pubg organizes the tournament for this game and gives prize money to the winning team.

The real name of Soul Mortal is Naman Mathur who belongs from Mumbai, India and his age is 23 right now. This awesome player plays Pubg on his mobile. The youtube career of this player starts with Mini Militia in 2015.

After sometime when he starts uploading videos of Pubg. Then he got popularity because of his awesome gameplay and skills. Soul Mortal is the best player in Pubg in India. I think every Indian who plays Pubg knows about him.

In India, every Indian believes that Soul Mortal is the king of Pubg and as Indian, I also think the same.

The real name of Coffin is Asim Altan Yucel who belongs from Turkey and I don’t know the age of this pro Pubg player. this mobile gamer also gets popularity because of his Youtube channel.

This player plays Pubg on his iPhone 8 plus. Coffin play Pubg with two fingers technique which is very common and most of the Pubg players use this technique because it is the easiest technique.

Coffin usually play SOLO Vs. SQUAD match which is very difficult and highly intense. The coffin is known because of his ruthless and dangerous gaming which is a very cool part of his gaming.

This gamer boy has a youtube channel with over 400K subscribers from which he is earning hundreds and thousands of dollars.

The real name of Biu Biu is Yu Lei-Xin who belongs from Malayasia and the age of this young gamer star is nineteen. This famous boy also gets popularity from the very famous platform youtube.

Biu Biu has a youtube channel with over 500k subscribers which is also a very huge number. This awesome player of Pubg uses four fingers technique which is very hard and very few people use this technique.

Biu Biu uses an iPhone for his gameplay and video editing that’s why he makes awesome gameplay videos of Pubg.

The real name of Athena Gaming is Serioton and this famous gamer boy is from South Korea and again I really don’t know the age of this pro player of Pubg.

This gamer mostly earns his money from online streaming on youtube and Serioton is famous because of his awesome gaming skills. This boy plays usually plays Pubg on FPP and TPP mode.

The real name of RRQ D2E is Bawonchai Han and this gamer boy is from Bangkok, Thailand and the age of this pro gamer is twenty-three years old. This famous boy is a member of the Pubg team RRQ.

This awesome player uses four fingers technique which I already told you guys that is very hard and very few people use this technique. This boy is very talented and becomes the conqueror in many seasons of the game.

This RRQ team also wins so many Pubg tournaments with very high prizes which is very cool. One of the events was the Dubai arena tournament in which team RRQ wins $2,00,000 and I think it’s a very huge amount for teenagers.

So after knowing about the RRQ team and D2E now you should how awesome gamer they are and how cool they play Pubg.

The real name of Shroud is Michael Grzesiek and this pro Pubg player is Polish-Canadian twitch streamer and former pro player of Counter-Strike Global Offense. The age of this awesome player is twenty-five years old.

Every person who plays Pubg definitely knows about this awesome name because Shroud is the God of Pubg. When Shroud plays game then I think no-one could stand a chance in front of him because I also watch his gameplay videos he is really a superb player.

This gamer plays usually Pubg eleven hours a day but on Sundays, this boy plays only eight hours which is too much for a normal human being. Because of good skills in Counter-Strike Global Offense Shroud manages to play all FPS games with high accuracy. And because of all these reasons, he is one of the best pubg players in the world with the god level skills.

And because Shroud is one the biggest streamers on twitch right now so he is earning more than a hundred thousand dollars monthly which is a very high amount I guess.

The real name of ChocoTaco is Jake Throop and this awesome gamer is from the United States of America and the age of this boy is thirty. This boy starts his gaming career when he was in high school at a very small age.

This gamer boy’s net worth is estimated at approximately $1.5 million – $2 million which is also a very huge amount. ChocoTaco is also known for his awesome gaming skills.

This gamer also comes from Twitch. ChocoTaco is a very famous name in the twitch platform. In the beginning, this boy was a teacher who teaches kids but after some time and realizing that gaming is good he started to play games.

Most of his earning come from Twitch and youtube but this gamer boy also earn from his merchandise and more accessories.

The real name of Kaymind is Thierry Kaltenback and this danger gamer is from Canada and the age of this awesome gamer is unfindable I tried very hard but I didn’t find this guy age.

This gamer earned from his gaming approximately seventy-six thousand dollars which is a very good amount. This pro gamer is in team Genesis which is also very cool and teammates are like Kaymind.

And Kaymind also plays Pubg eight hours a day which is very similar to the Shroud and any other YouTuber or gamer. And the very interesting part of this Youtuber and gamer is that this boy also produces music.

Kaymind is also known as the best Pochinki killer of all time so if you are with Kayming in Pochinki then you should pray for yourself.

The real name of Dr. Disrespect is Herschel Beahm IV and this popular gamer is also from the United States of America and the age of this gamer is thirty-seven. The gamer also gets an award which is known as The Game Award for Trending Gamer.

The total net worth of Dr. Disrespect is $3.7 million according to Naibuzz which is pretty cool as a gamer. If you are a person who loves games with some fun then you should follow this guy because this person makes you laugh while playing the game. That’s why I’ve added him to our list of best pubg players in the world.

The real name of Ninja is Richard Tyler Blevins and this awesome gamer is also from the United States of America and the age of this Youtuber is twenty-eight years.

And I think this is the only gamer on this list who is married. This gamer boy is playing games since 2009. So you can see for how long this guy is playing games how much skills he developed for gaming. I personally likes his gaming skills that’s why he is on our list of best pubg players in the world with god-level skills.

This gamer is earning more than $5,00,000 per month which is more than 1,60,000 paid Twitch subscribers. And this gamer plays his one Fortnite match with Drake(Canadian singer).

Before starting a career in gaming Ninja was working in a noodle company and he also plays football in his college. 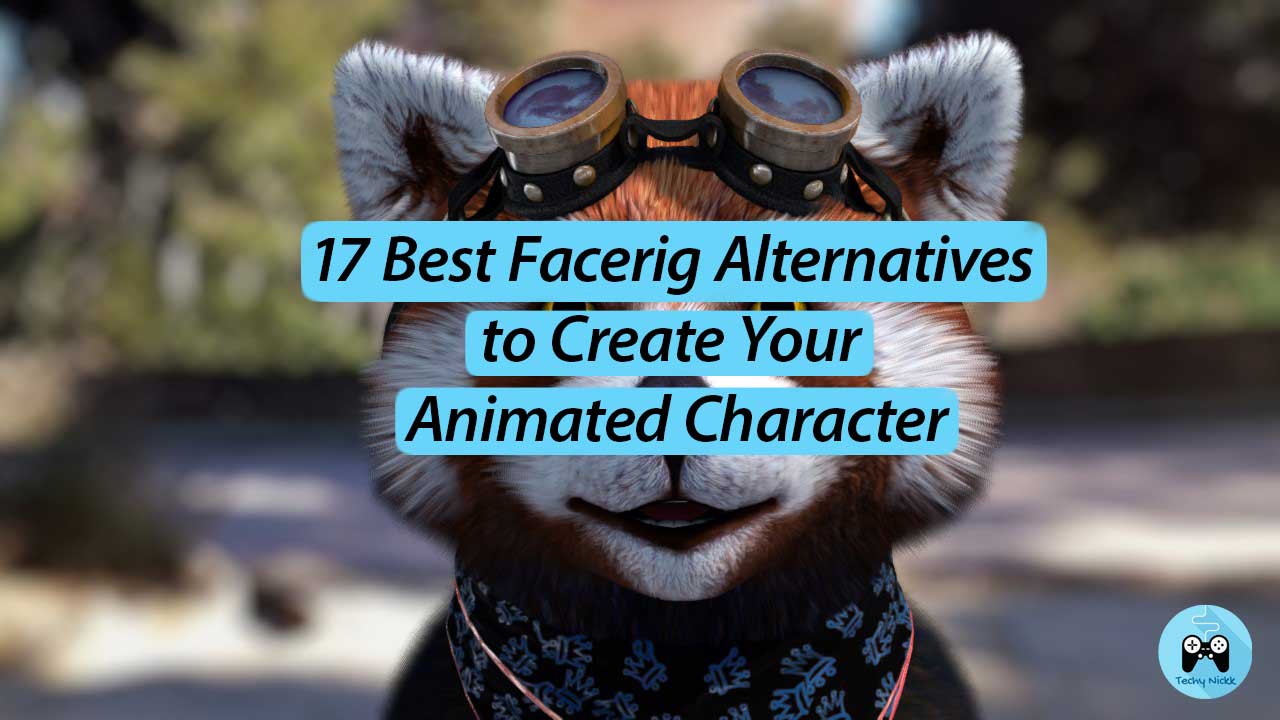