Playing games in a different genre is amazing. but action games are always on the next level. That’s why I’ve created this list of 14 best action games for android to let you guys know. About some amazing and mind-blowing games that are available on the play store.

Because the android gaming market is booming with a growth rate of 20.6% in just 3 years. That’s why covering this topic becomes very important.

So let’s start the countdown of 14 best action games for android users.

Here comes one of the best action games for android owners. In the Brawl Stars, you’ll get a lot of things to do. From unlocking new Brawlers to upgrade your skills. There’s a lot of stuff you’ll see in this game to have the never-ending fun.

The multiplayer battle have five different modes in it. And those are Gem Grab, Showdown, Heist, Bounty, and some special events as well. All these modes are 3vs3 battle except the Showdown mode. Brawl Stars comes up with amazing graphics and controls.

And this game was created by the team, which is the maker of games. Like Clash of Clans, Boom Beach, and Hay Day, so you’d imagine that how good this game can be. Also, you’d have an eye on your progress through regional and international leader boards.

Let’s talk about another amazing and one of the best action games for android owners. Grab your sword and bow to kill the deadliest enemies with the help of your skills. In Iron Blade, you’re one of the mightiest fighters of Europe. Now, whose work is to find and kill all the demons.

The story of this game is pretty simple, Europe is attacked by a demonic army. From which you’ve to save the whole of Europe as quickly as possible. The controls are pretty simple in this game, and the graphics are fantastic.

It’s an action RPG game, so you’ll also see the amazing storyline of this game whilst playing it. And the best parts of this one of the best action games for Android. Is that you’d play online multiplayer with your friends as well. Are you ready to kill all the shadow monsters from around the world? if your answer is yes! then let’s start the journey as a Shadow Fighter. In my childhood, I personally played this game a lot. Because this action game is pretty simple and easy to play.

You’d unlock different types of shadow fighters and weapons like swords in this game. Also, upgrade your weapons to kill the toughest enemies easily. Every Shadow Fighter has its own unique power in this one of the best action games for android.

I’d highly recommend you guys to play this game once in your life. Because it has amazing fighters and power-ups. Also, the controls of this game are pretty simple and the graphics are amazing.

Lock and load your guns to clean all the mafia dirt from your streets. Run and explore various maps in this one of the best action games for android smartphones. Jump in Slow-mo to kill the enemies in a stylish way. Shoot fuel cans to eliminate enemies in a single shot.

And a lot of things are waiting for you in this amazing game. You’d upgrade your weapons and also can change your outfits. Because customization is on the next level. And every character in Jhonny Trigger has its own unique gun to kill enemies.

Also, unlock various chapters to get unlimited fun whilst playing this game. And find out different ways to kill your enemies, which is my favorite task in Jhonny Trigger. And last but not least, the graphics of Jhonny Trigger is fantastic.

If you love mobile gaming and a die-hard fan of action games. Then you must know about this legendary name. Every Pubg player is playing this game for hours without any single break. And the reason behind this craze is, it’s unique and amazing multiplayer mode.

Which is also known as the Battle Royale. In Pubg, you’ve to kill all the other players to survive and then you’ll get the chicken dinner. It seems very easy, but finding them in a very large map is a very hard task. You’ve thrown away from a plane to an unknown place or island without any weapon.

And then, your first task is to find weapons to defend yourself and kill enemies as quickly as possible. So because of its popularity and amazing graphics, I’ve added this on our list of best action games for android smartphones.

Choose your favorite superstar to conquer the WWE Championship with your skills and tactics. Intros and gameplay are amazing in this game. Also, play weekly events like Monday night, Smackdown Live and more. I play this game in my spare time as well.

You’d also create your own team of superstars to fight online matches. And if you’re a person who loves storyline games. Then this might be a good combination of story and action games. Because you can play with every superstar to know about their stories.

And the best thing about this game is, that you can play 1vs1 with your friends and family. Also, in WWE Mayhem, you’ll get a lot of events to play. Like Fastlane, Elimination, Money in the Bank, Summer Slam, and many more.

Sharp your sword to claim victory over every level in this 2D action game for android. Also, you’d have magical powers in Swordigo to hit your enemies from very far. The background music is melodious, so while playing it, you’ll feel the music as well.

Creatures like flower monsters, creepy turtles, and spiders are the obstacles in this game. And if you love Mario, then this might be a good substitute. Also, dodge from enemies’ attacks while wandering in the magical woods.

The levels are also beautifully designed by the developers to not let you get bored. And find new and magical weapons to make your gameplay more enjoyable. Also, the boss battles in this action game are my favorite thing.

A very famous and well-known name is here on our list. The Call of Duty is a masterpiece, that people love a lot. Even I’m also a very big fan of this addictive franchise. In Call of Duty: Mobile, you’ll get seven multiplayer maps and one map for the battle royale.

Also, a lot of modes are available in this classic game. You’d see modes like 5vs5 team deathmatch and Sniper vs. Sniper. But these things aren’t enough for many gamers like me. That’s why the developers have added a lot of things in this one of the best action games for android smartphones.

A lot of unlockable characters are available in this classy game. And you’d upgrade your weapons and skills to become a professional shooter in Call of Duty. The best part of this game is, that you’ll see some very famous maps and areas of Call of Duty console version, in this mobile version. Things are very much strange in Swordman because inanimate things are coming to life. And now, your task is to find the reason behind this magical phenomenon. So let’s sharp your sword and get ready to hunt down all the monsters out there.

Also, unlock new and better swords for your warrior to beat enemies faster. Choose different characters as well, to enjoy their own storylines. And if you’re facing problems or just stuck in a bad situation. Call out for help to your supportive animals like birds, dogs, etc.

Have you ever played Mortal Kombat in Pc or console? if your answer is yes, then you might know the brutality of players in this game. You’d feel every punch and kick in Mortal Kombat. The graphics are on the next level and animations are just so beautiful.

Every player or character has its own unique and deadly combos to beat enemies. Also, you’ll get characters like Scorpio, Emac, and many more. Even in simple words, you’ll get more than 125 characters in these awesome game.

Love to play multiplayer action games? Mortal Kombat is here to satisfy all your needs. Because here you’d play 3vs3 battle, and make a team of your friends to climb up the leaderboard. Also, complete different challenges to get rewards and points.

After hearing Dragon Ball, the only thing that comes in my mind is, LOVE. This is the show that makes my childhood awesome. So Ignoring this wouldn’t be fair for this type of game. Use the very famous weapon of Goku, Kame-ha-me-ha or Vegeta’s Final Flash. Everything is available in this classy game.

The graphics are adorable and controls are pretty simple. Just click on the attack cards to perform combos and energy blast to defeat your enemies. The voice also sounds so real, like you watching a movie or show of this Anime.

Every match comes up with a different background scenario, that looks stunning. And you’d follow the storylines of characters like Goku, Vegeta, Gohan, and many more. Play multiplayer battles, if you love to challenge other people in games.

Live every moment of the world war. With the help of this one of the best action games for android. Because Brother in Arms 3, is based on world war II theme. In this game, you’ll get every weapon, that is used in world war II. Like the flamethrower, Tommy gun, and many more.

Brother in Arms 3 is a game, where you’ll have 12 different characters or brothers. And every brother have its own unique ability and special powers. Also, different levels have different areas which is another amazing thing in this action game.

Hide behind the cars, walls, and trees to save yourself from the firing. Also, upgrade your brothers and their skills to play professionally. The game have different modes like stealth, sniping, and shooting.

Lock and load all your guns to run from the zombie apocalypse. The game has stunning visuals and a great storyline to give you a reason to play it. Just run amongst the freakin zombies to reach your house as soon as possible.

Into the Dead 2 has an amazing storyline that’s why you’ll see multiple endings in this game. Also, you can purchase and unlock new weapons to kill zombies easily.

The variety of guns is vast. So you’ll find most of the guns in this game’s arsenal. Also, upgrade your weapons to hit bigger and powerful zombies easily. In Into the Dead 2, you’ll get five-story events from burning forest to frozen mountains. 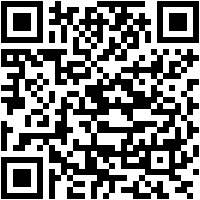 For all the cat owners and lovers, I’ve added this cat game on our list. Choose your favorite cat and start shooting on the battleground. This cat mania is like Brawl Stars, where you’ve to kill all your enemies in a silly ground.

In this game, you can choose your cats in simple categories. Like assassin and fighter, that helps us to differentiate characters easily. Increase abilities and skills of your cats to win matches easily.

In all these things, don’t forget to climb the leader board. That helps you to maintain your ranking in the world. The graphics and gameplay are also amazing, which makes this game one of the best action games for android smartphones.

Ghosting in Games: What is ghosting in video games & how to fix/prevent it?

Best Pubg Players In the World with God Level Skills

Gmail alternatives: 11 Best Alternatives to Gmail to Send Emails like a Pro